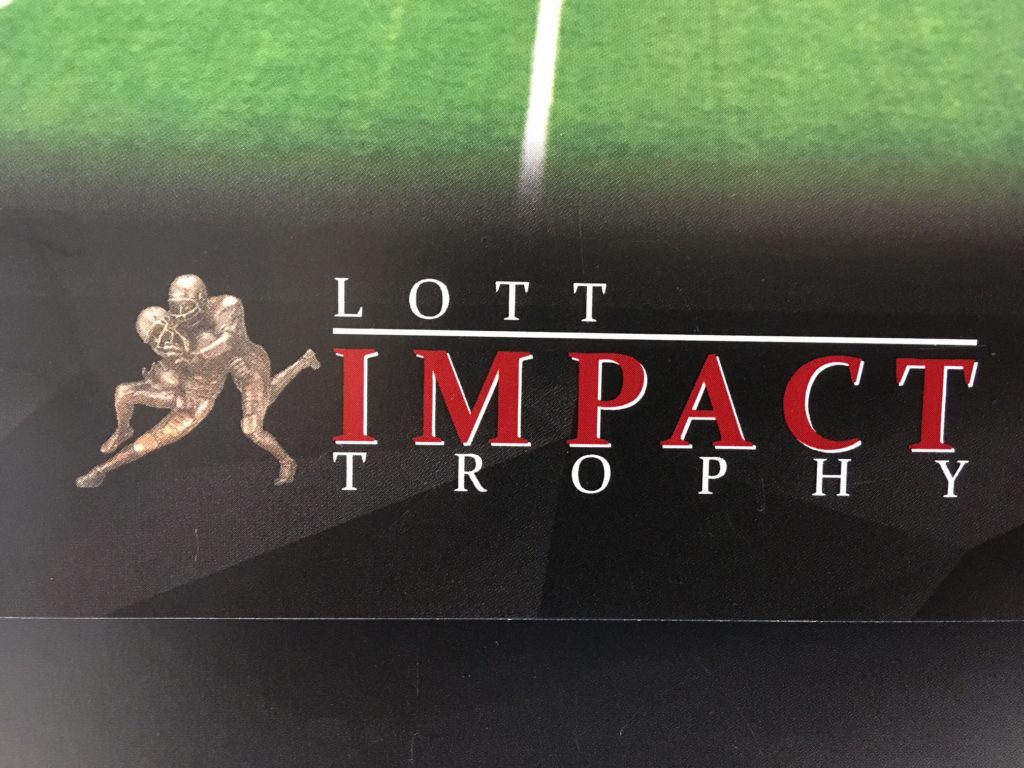 Newport Beach, Ca…The 15th annual Lott IMPACT Trophy, honoring college footballs finest defensive player of the year that considers best in character and performance, announced this seasons  canidates at a luncheon held earlier this month. The annual event was hosted by NFL Hall of Fame and former San Francisco 49ers defensive back  Ronnie Lott, a four time Super Bowl champion, who the award is named after. Lott was a collage All American and played on a National Championship football team at the University of Southern California.

Forty-two student athletes were identified to potentially  receive this prestigious award that will be  broadcast live December 9th on CBS Sports Television from the Pacific Club in Newport Beach, California.  Student athletes are evaluated through out the football season  with a player of the week chosen every Monday and his University recieving  a  $1,000 donation to its yearly scholorship fund.

Founded in 2004, the award is presented to college footballs defensive IMPACT  player of the year and is the only college football award that equally recognaizes  athletic performance and the players charcter attributes.

Since its inception, the Lott Foundation has donated over 1.5 Million Dollars to various charities and Universities through out the country.