IDEA WHITES ‘RESPONSIBLE FOR EVERY EVIL’ DRILLED INTO STUDENTS’ HEADS

‘Not only in class, but at orientation, in their social settings’ 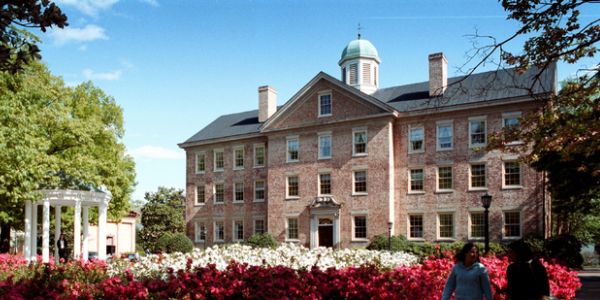 WASHINGTON – How did American college campuses get to the point where all of the ills of Western Civilization are blamed on white male students?

“It doesn’t matter where you go,” he said. “You can be going to a conservative, red state public university or you could be going to Oberlin, and you’re going to be hearing this dogma repeated throughout, that all whites, no matter their background, beliefs, or when their ancestors came here, they’re all responsible for every evil that has ever been committed by Europeans.”

Political correctness is just the beginning. The situation on college campuses is worse than you could ever imagine – and America’s future is at stake. Don’t miss the political blockbuster of 2017 – “No Campus For White Men” by Scott Greer.

Greer said the idea is “drilled into their heads not only in class, but it’s drilled in at orientation, in their social settings.”

“This is not leading to any social harmony on campus. All it’s leading to is more division, more conflict, more people feeling like they’re oppressed victims who see racism everywhere they go,” he said.

But racial tension is not the only problem on campus. Young white men also must careful about how they act around women, lest they end up being accused of rape, Greer said.

“Due to the Obama administration in 2011 telling schools to use a lower standard of evidence when deciding these cases [of alleged rape], it has led to dozens if not hundreds of young men getting kicked out of school over false rape accusations,” he said.

Greer said the whole purpose of higher education has shifted.

“There’s this new trend in higher education that has not so much stressed teaching people real world skills or knowledge that they could take into their job and for the rest of their lives,” Greer stated, “but almost in teaching these very insidious left-wing ideas such as on white privilege, that America was built on white supremacy, that you have to compete for victimhood in order to attain status in our society, and all these things that seem contrary to what we think higher education should be.”

Greer believes that college is where young people get radicalized and then go out into the real world and become protesters for leftist activist groups.

“It’s the development of the Black Lives Matter movement as one of the largest social forces in our country at the moment,” Greer said, “and they find their most enthusiastic and energetic and radical recruits in the colleges.

“These are the people with the time, and, you know, they’re at an age where they’re more likely to be radicalized, that they are going to devote themselves full time to racial agitation.”