Battle of Gettysburg: Turning Point in Civil War “I … invoke the influence of His Holy Spirit to subdue the anger which has produced … cruel rebellion”-Lincoln
Washington, D.C., was in a panic! 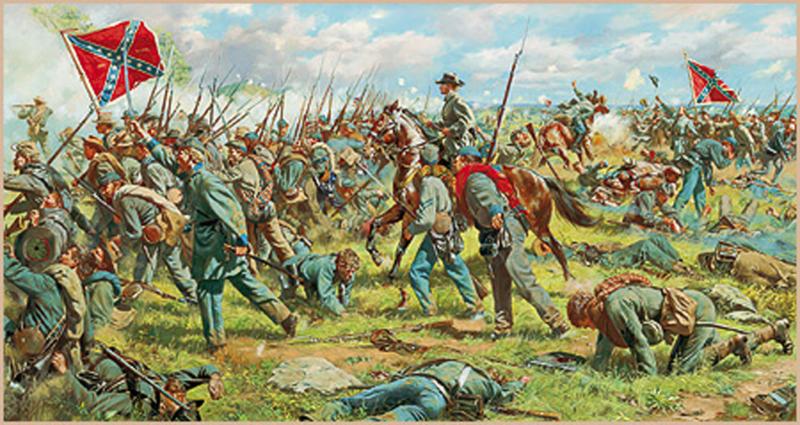 72,000 Confederate troops were just sixty miles away near Gettysburg, Pennsylvania. What led up to this Battle?
Two months before, at the Battle of Chancellorsville, Confederate General 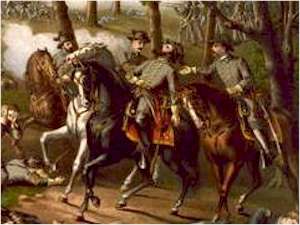 Stonewall Jackson was mistakenly shot by his own men on May 2, 1863, and died shortly thereafter. 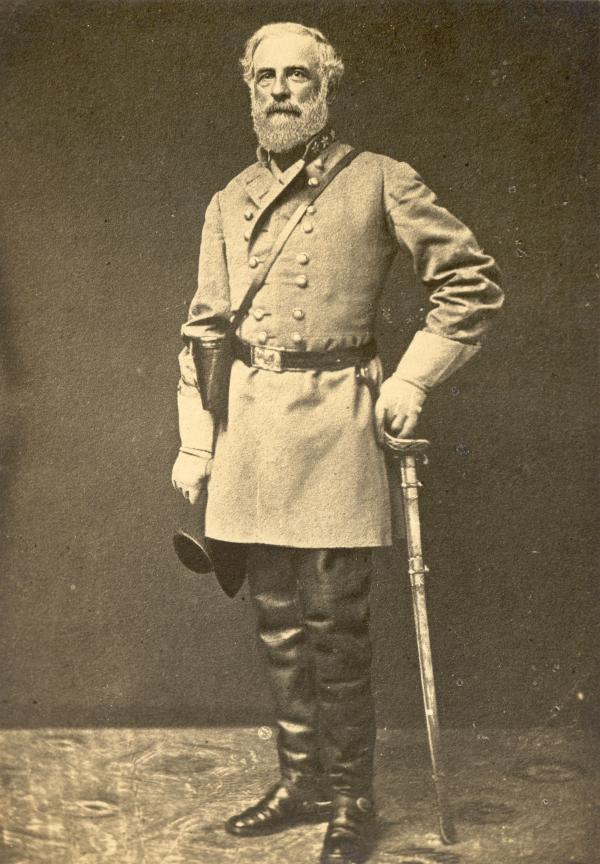 Though Confederates won the Battle of Chancellorsville, the loss of Jackson was devastating, as most historians speculate that had Jackson been at Gettysburg two month later, the South may have won.
Robert E. Lee was now under a time deadline.
Mounting casualties of the war were causing Lincoln’s popularity to fall, so if Lee could get a quick victory at Gettysburg, he could pressure Lincoln to a truce. 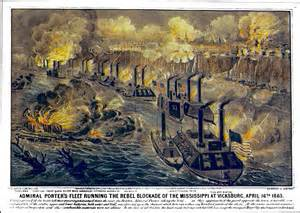 But this window of opportunity was fast closing, as Union Gen. Ulysses S. Grant was about to capture Vicksburg on the Mississippi, which would divide the Confederacy and free up thousands of Union troops to fight Lee in the east. 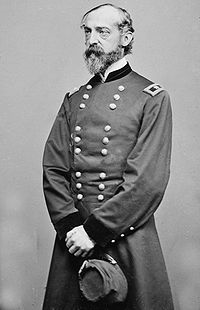 On the Union side, Lincoln replaced Maj. Gen. Joseph Hooker with Maj. Gen. George Meade to command the 94,000 men of the Union Army of the Potomac.
The Battle of Gettysburg began July 1, 1863.
After two days of intense combat, with ammunition running low, General Robert E. Lee ordered a direct attack. 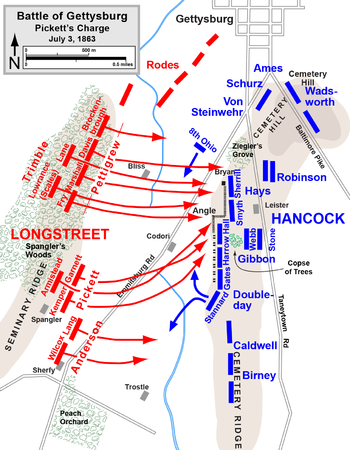 Confederate General James Longstreet disagreed with Lee’s plan resulting in his delayed advance till after all the Confederate artillery had been spent, leaving no cover fire.
Historians speculate that if General Longstreet had made a timely attack, the Confederates may have won the day.

As it happened, 12,500 Confederate soldiers marched across a mile of open field without artillery cover to make “Pickett’s Charge” directly into the Union position at Cemetery Ridge.
An hour of murderous fire 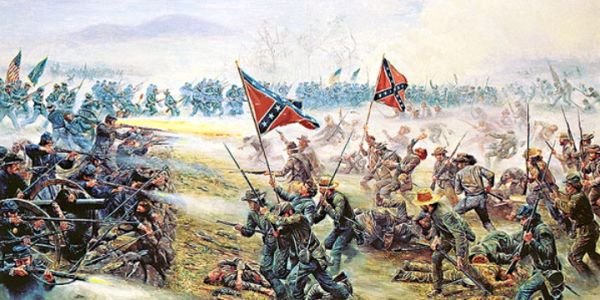 and bloody hand-to-hand combat ensued, followed by the Confederates barely being pushed back.
The Battle of Gettysburg ended JULY 3, 1863, with over 50,000 casualties. 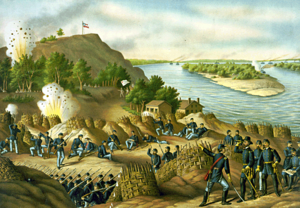 The next day, Vicksburg surrendered to General Grant, giving the Union Army control of the Mississippi River.
When news reached London, all hopes of Europe recognizing the Confederacy were lost.
For the next two years, the South was on the defensive.
On July 5, 1863, President Lincoln and his son, Tad, visited General Daniel E. Sickles, who had his leg blown off at Gettysburg.
General James F. Rusling recorded that when General Sickles asked Lincoln if he was anxious before the Battle, Lincoln answered:
“No, I was not; some of my Cabinet and many others in Washington were, but I had no fears …”
Lincoln continued:
“In the pinch of your campaign up there, when everybody seemed panic-stricken, and nobody could tell what was going to happen, oppressed by the gravity of our affairs, I went to my room one day,
and I locked the door, and got down on my knees before Almighty God, and prayed to Him mightily for victory at Gettysburg.
I told Him that this was His war, and our cause His cause, but we couldn’t stand another Fredericksburg or Chancellorsville.
And I then and there made a solemn vow to Almighty God, that if He would stand by our boys at Gettysburg, I would stand by Him …”
Lincoln added:
“And He did stand by you boys, and I will stand by Him.
And after that (I don’t know how it was, and I can’t explain it), soon a sweet comfort crept into my soul that God Almighty had taken the whole business into his own hands and that things would go all right at Gettysburg.”
Twelve days after the Battle of Gettysburg, July 15, 1863, Lincoln proclaimed a Day of Prayer:
“It is meet and right to recognize and confess the presence of the Almighty Father and the power of His hand equally in these triumphs and in these sorrows …
I invite the people of the United States to … render the homage due to the Divine Majesty for the wonderful things He has done in the nation’s behalf and invoke the influence of His Holy Spirit to subdue the anger which has produced and so long sustained a needless and cruel rebellion.”
In his Gettysburg Address, November 19, 1863, Abraham Lincoln ended:
“We here highly resolve that these dead shall not have died in vain — that this nation, under God, shall have a new birth of freedom —
and that government of the people,by the people,for the people, shall not perish from the earth.”
Years later at the Gettysburg Battlefield, President Franklin D. Roosevelt stated May 30, 1934:
“On these hills of Gettysburg two brave armies of Americans once met in contest …
Since those days, two subsequent wars, both with foreign Nations, have measurably … softened the ancient passions.
It has been left to us of this generation to see the healing made permanent.”

It serves us little to discuss again the rights and the wrongs of the long 4-years’ war … We can but wish that the war had never been. We can and we do revere the memory of the brave men who fought on both sides …

But we know today that it was best … for the generations of Americans who have come after them, that the conflict did not end in a division of our land into two nations.

I like to think that it was the will of God that we remain one people.”

At the Confederate Memorial in Arlington Cemetery, President Coolidge said, May 25, 1924:
“It was Lincoln who pointed out that both sides prayed to the same God. When that is the case, it is only a matter of time when each will seek a common end.
We can now see clearly what that end is. It is the maintenance of our American ideals, beneath a common flag, under the blessings of Almighty God.”
In his 3rd Inaugural Address, President Franklin D. Roosevelt said, January 20, 1941:
“The spirit of America … is the product of centuries … born in the multitudes of those who came from many lands …
The democratic aspiration is no mere recent phase in human history. It is human history …… Its vitality was written into our own Mayflower Compact, into the Declaration of Independence, into the Constitution of the United States, into the Gettysburg Address …
If the spirit of America were killed, even though the Nation’s body … lived on, the America we know would have perished.”
https://www.youtube.com/channel/UCvLIFNml06UvND8Kvt5nF7Q/videos?view_as=subscriber&app=desktop
Schedule Bill Federer for informative interviews & captivating PowerPoint presentations: 314-502-8924 wjfederer@gmail.com
American Minute is a registered trademark of William J. Federer. Permission is granted to forward, reprint, or duplicate, with acknowledgment.
www.AmericanMinute.com