Not having been to one yet I excitedly looked forward to attending. Arriving at 3:00 PM, I checked in with the Media table and walked around the park. To my amazement I came across various LEGO displays of towns, cities, businesses, boats and such. 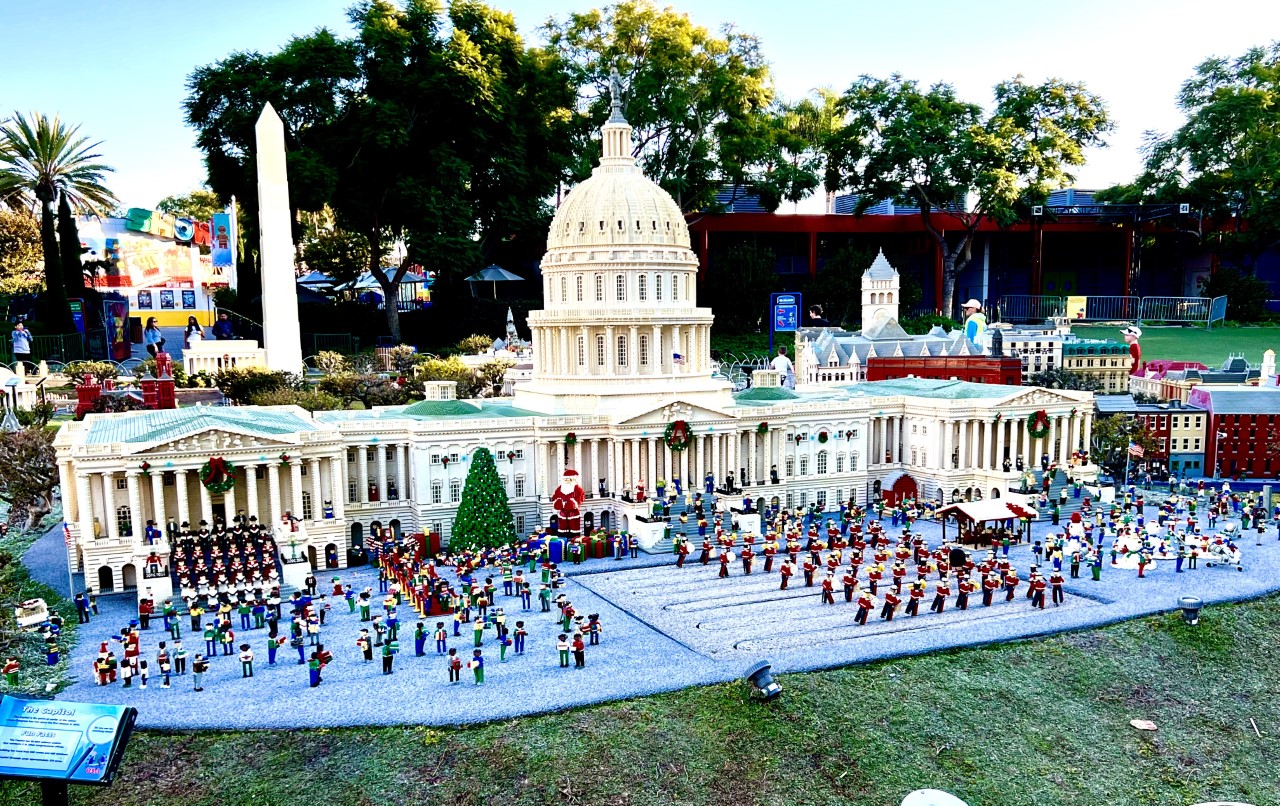 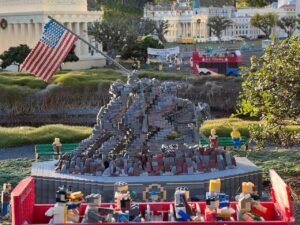 They even had Washington DC there in all of its glory! I believe I saw San Francisco to and Las Vegas, various Churches and Businesses all built like the real thing. Even SoFi Stadium in Los Angeles was fully constructed.

Wondering around a little more, I took a ride on a Submarine to find sunken treasure. Walked through an Adventure area that wandered around various global areas like the Jungle, maybe Egypt, a polar region and more. Loved it! So much to see, one could probably spend a few days there and not get it all in.

As it was after 4:00 PM, the Media and Invited Guests Reception opened up. Greeted with smiling faces of special team members, we were welcomed into an area with a live band, the LEGO Santa, great tasty treats, refreshments and wonderful deserts. The setting was perfect. Well done LEGOLAND! 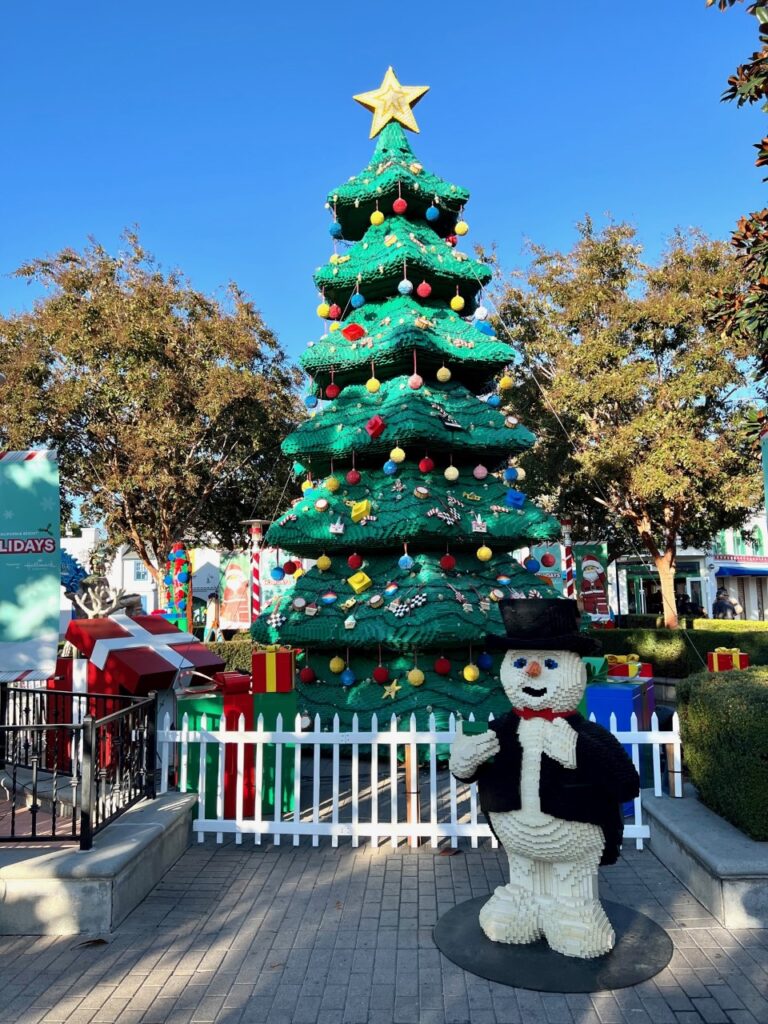 Before the lighting ceremony started at 6:00 PM, the area started filling up with those lucky to be in the park yesterday who could hardly wait for the show to begin. Their excitement was high and growing!

The scene was set with a stage in front and an unlit LEGO Christmas tree surrounded by LEGO characters in the background. It was a dark green and unlit, almost sad.

As the clock ticked down to 6:00 PM, the stage came alive with the host, wonderful music from a special 7 piece professional band and a dancing team of LEGOLAND’s finest performing along with the LEGO Ginger Man! Fun, fun, fun!! 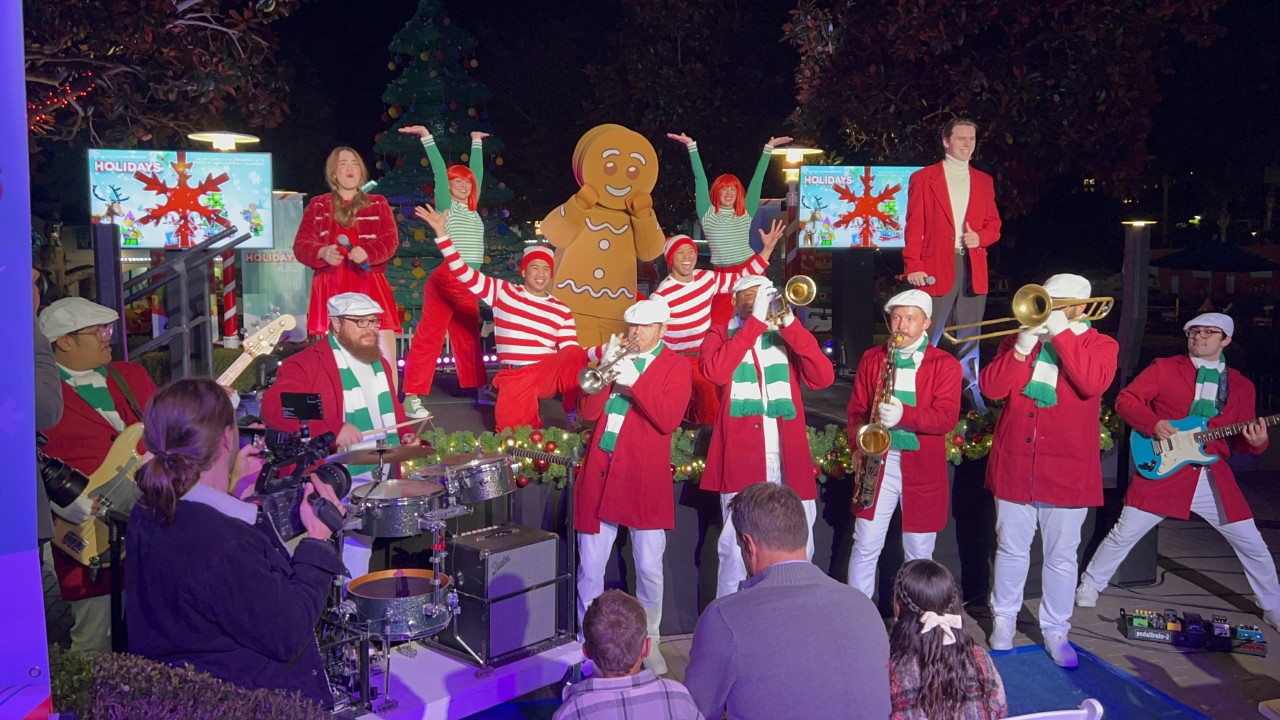 You could feel the energy of the music and dancers as the attendees started “moving” with the music. Such a joy to watch it all “come alive”! 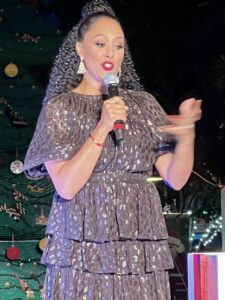 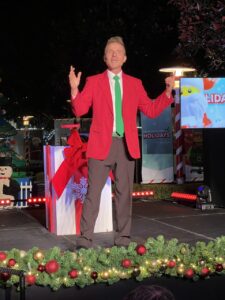 After the music and dancing stopped, two celebrity guests took the stage along with the LEGO Toy Soldier. Both of these celebrities shared some of their personal stories and, we discovered each one strongly supported a wonderful Non-Profit organization. Thus putting action to their open desire of helping others. Learning this about them put an extra smile on everyone’s faces, especially mine. But something was still missing, Santa!

The time was nearing 6:30ish, the tree was calling out to be lit! Two children joined the special guests to help pull the lever and light the tree! Suddenly, all went dark as the power needed to light the tree was channeled from the surrounding area to make this happen. Suddenly the tree starting sparkling then the base of the tree started shining. Now the lights in the middle and top…. Everyone is still waiting for the star on the top to go bright and when it did, the noise from the crowd was huge! What happened next only some expected. The sky lit up with wonder fireworks, oh so awesome a show! But not over yet.

Now, much to our surprise, the CEO of LEGOLAND appeared on stage with 2 very special supersized checks that were given to the celebrated non-profits. One of which was the Make A Wish Foundation and the other to a special Hospital in Long Beach. $10,000 each from LEGOLAND, WOW!

The media was going crazy taking photos of this momentous occasion, hoping it would never end but, like all good things, this event was coming to its end. 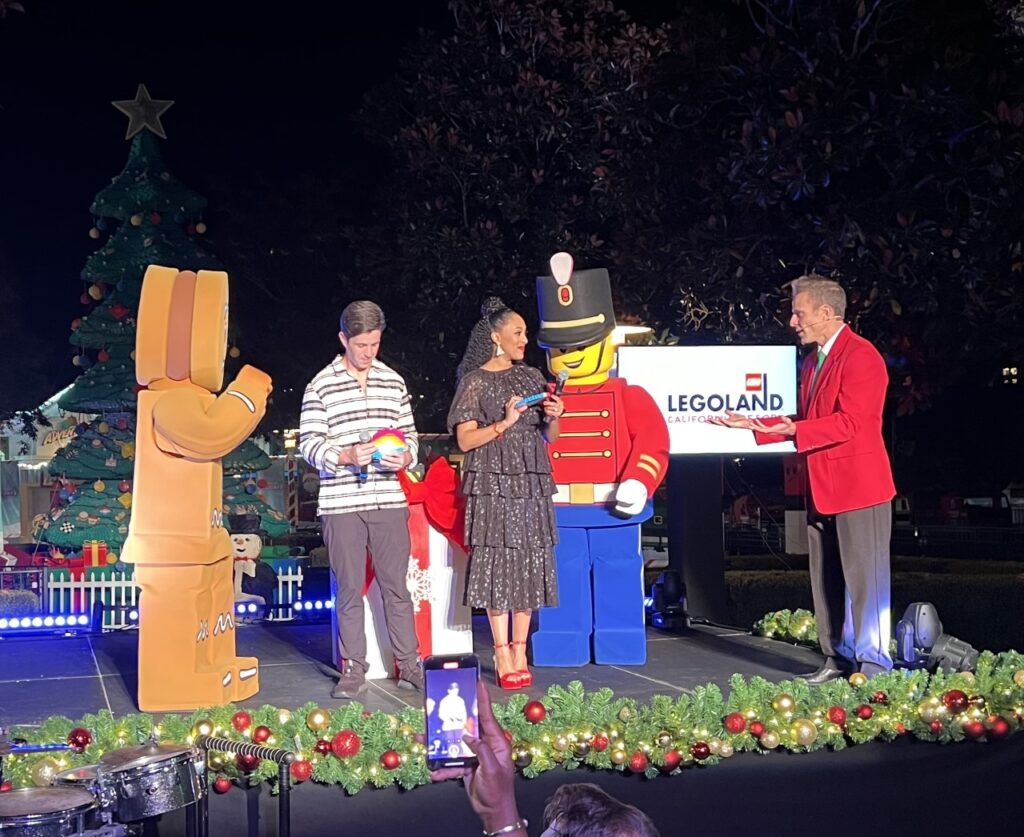 The host and special guests stood on the stage for the final shots as the crowd, with their phones and cameras, also took photos for their memory treasures. Waving to the audience their final goodbyes, the stage emptied and everyone started leaving. Oh what a night it was! My first Christmas Tree Lighting at LEGOLAND CALIFORNIA RESORT and not my last!