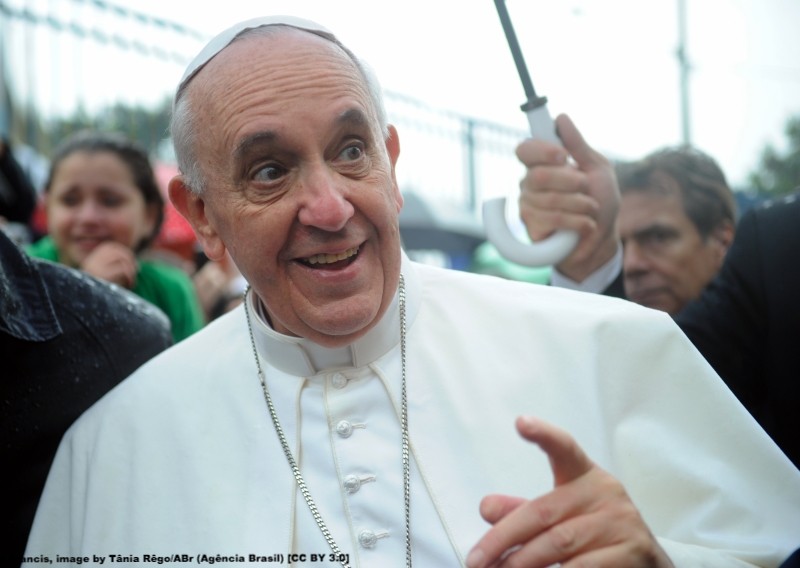 It seems that Pope Francis has learned little since his 2015 papal encyclical calling on the world to fight climate change by limiting the use of modern technologies and fossil fuels. At a recent Vatican meeting he called many of the world’s leading oil company executives to the carpet. Francis told the executives they should shift from fossil fuels to renewable energy sources to fight “global warming.”

Pope Francis has myriad misguided beliefs about climate science, almost all of which he holds based on faith alone, as if they were holy writ. Even worse, his belief that society can transition from fossil fuels while reducing hunger and poverty is downright dangerous.

Despite the false claims of climate alarmists, fossil fuels have been a boon to the world. They supply affordable and abundant power for lighting, transportation, refrigeration, clean water, modern agriculture (including food delivery, storage, and protection from early decay and pests), indoor air-conditioning and heating, cooking, and the multitude of other technologies upon which modern societies are based. In attacking fossil fuels, Pope Francis is undermining the very resources and technologies most responsible for raising literally billions of people out of poverty. Coal, natural gas, and oil remain vital to increasing lifespans, decreasing infant mortality, and helping humans generally flourish.

In his brilliant book The Moral Case for Fossil Fuels, Alex Epstein wrote, “Climate is no longer a major cause of death, thanks in large part to fossil fuels… Not only are we ignoring the big picture by making the fight against climate danger the fixation of our culture, we are ‘fighting’ climate change by opposing the weapon that has made it dozens of times less dangerous. The popular climate discussion… looks at man as a destructive force for climate livability, one who makes the climate dangerous because we use fossil fuels. In fact, the truth is… we don’t take a safe climate and make it dangerous; we take a dangerous climate and make it safe.”

Pope Francis and many other world leaders ignore this important fact, putting the lives of the world’s most impoverished people at risk.

Continue reading on the Stewards Blog.