Tuesday evening Director of Media Relations Rick Schloss released the following statement from Holiday Bowl CEO Mark Neville. ” The entire SDCCU Holiday Bowl family is heartbroken that we were not able to play the bowl game tonight. We did not want to cancel the game officially until we have exhausted every opportunity to find a replacement team,.” 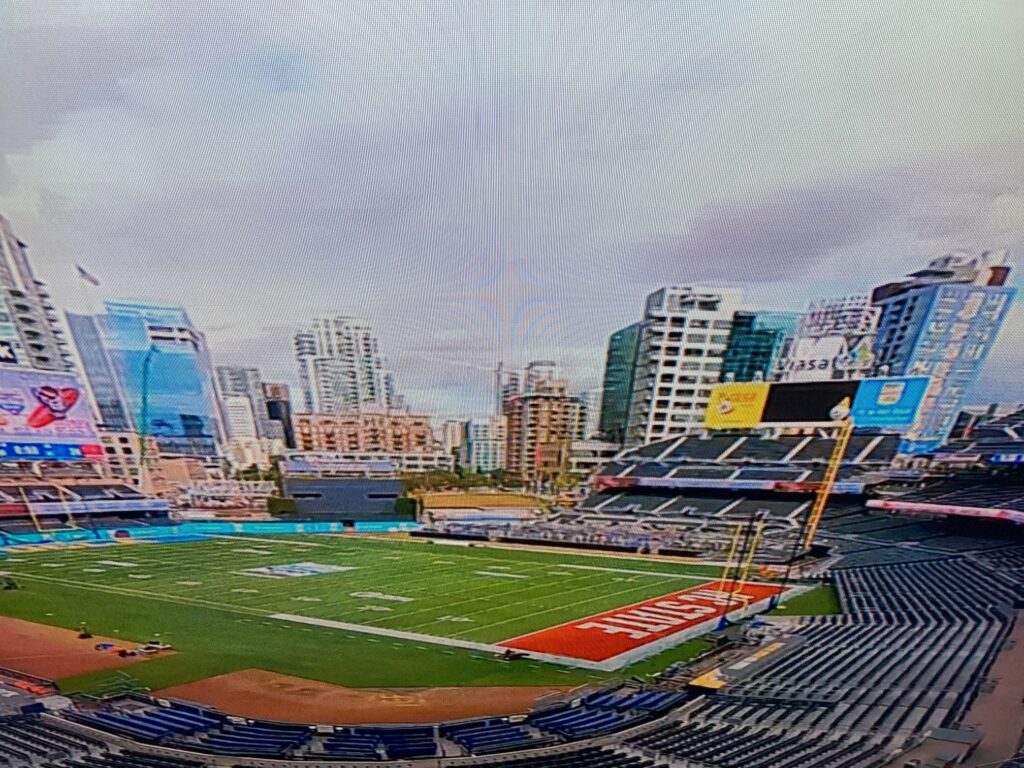 UCLA (8-4) was scheduled to play No. 18 North Carolina State (9-3) at Petco Park at five-o’clock and televised live nationally on Fox. This was to be UCLA’s first bowl appearance since the 2017 season. UCLA  Coach Chip Kelly said about 98% of the Bruins players have been vaccinated but UCLA scaled back its team testing protocol from daily to once a week this season. The Bruins were limited with healthy defensive lineman and apparently additional Bruins players were sick this morning. Previously the Bruins did not cancel any games this season because of COVID-19 outbreaks, but had to play a game without starting quarterback Dorian Thompson-Robinson who missed a start due to contact tracing.

North Carolina State Head Coach Dave Doeren did not understand why UCLA did not address their COVID-19 issues earlier .  “Felt lied to, to be honest,” said Doeren from the North Carolina State team hotel this afternoon. ” It would have been great to have a heads up so two or three days ago we could have found a Plan B.  Disappointed.”

Both UCLA and North Carolina State were scheduled to receive $6,5 million for playing in the Holiday Bowl. Tonight was to be the first ever football game played at Petco Park in its 17 year existence. Petco Park is home to Major League Baseballs San Diego Padres. The Hawaii, Military, Fenway and Arizona Bowls have previously been cancelled this season due to virus outbreaks and teams not having enough players.

Both of the UCLA basketball programs have cancelled games this season due to COVID 19 outbreaks.