4 MONTHS, NO ARRESTS OF ABORTION TERRORISTS; THE LEFT CELEBRATES KINSEY

Late in the evening of November 3, the Senate Judiciary Committee released a 1050-page report with whistleblower testimony alleging FBI corruption and politicization. The report notes the abdication of the FBI’s investigative responsibility, unequal enforcement of the FACE Act in violent attacks perpetrated against pro-life groups, and the unjust use of the FACE Act to indict innocent and peaceful pro-life leaders. CEO of firebombed medical network in Buffalo, Rev. Jim Harden, has been embroiled in a battle with the FBI since August when he said the FBI was intentionally slow-walking justice. Rev. Harden commented on the report, saying, “This report seems to confirm what we have been suspecting all along: the Department of Justice and the FBI have been complicit in attacking the ideological enemies of the pro-abortion, political elite. When justice is no longer blind, it becomes injustice.”

The Senate Judiciary Committee promises further investigation into the potentially criminal conduct of the leadership of the FBI and assures protection for more whistleblowers to come forward. Should pro-life politicians gain majority control of the Senate and House on November 8, it will give their investigative actions legal teeth.

On Friday, October 29 a federal joint law enforcement memo including the FBI and Department of Homeland Security was leaked to members of the press. The memo warns of heightened domestic violent extremism around the midterm election. The bulletin is quoted as saying, “…levied violent threats targeting elected officials, individuals associated with abortion or LGBTQ+ issues, and facilities, locations, and organizations perceived as taking a stance on abortion or LGBTQ+ issues.”

Rev. Jim Harden, Pro-life strategist and CEO of firebombed Buffalo medical office weighs in. He worries that pro-abortion violent extremism mentioned by the joint law enforcement memo is worse than the virtually dormant federal law enforcement agencies are letting on. Not only have they failed to notify pro-life groups of the danger but they are likely failing to proactively thwart any attacks if past performance is any indicator.

Rev. Harden believes the current hostile atmosphere targeting peaceful pro-life people is not only being tolerated but promoted. This environment ripens the ostensibly forbidden fruit of violence against pro-life organizations, no matter the outcome of the election. If the election leans toward pro-life candidates, pro-abortion extremists will become more aggressive and may attempt to one-up their arson by fulfilling their death threats. On the other hand, if the election tips in favor of pro-abortion candidates, the recent collusion of government bad actors, big tech, and law enforcement persecuting all public pro-life activity will be shown as just the tip of the iceberg.

Rev. Harden said, “It seems to me the vast majority of the electorate do not favor the brutality and destruction used to silence their pro-life neighbors. That is not the America they remember or want for their children’s future. But it does seem odd that while pro-life organizations like CompassCare have been the target of so much violence that we had to hear about the increased threats via a memo never intended for us. The FBI has not called to warn us. If they really are trying to uncover the identity of these domestic terrorists, their lack of communication regarding the increased threats may appear like they are using pro-life people as bait to garner more evidence.”

Rev. Harden went on to say, “I believe pro-abortion politicians in control of the Democratic party are not as much afraid for the future of democracy in America as much as they are afraid that the results of November 8 will not bode well for their future exiled from politics, since that exile may be spent in prison for conspiring to deprive pro-life citizens of their rights.”

Prior to the 1973 Roe v Wade ruling legalizing abortion nationwide, New York had already legalized it in 1970. At that time, the state became the abortion capital of the U.S. through abortion tourism. Now, as conservative states restrict the practice in a post-Roe America, New York is refueling abortion tourism.

New York Governor Hochul allocated twenty-five million in tax payer dollars to protect and expand abortion infrastructure in the state. Two-thirds is allocated to give abortionists at a minimum of $300,000 each to recruit more abortionists and expand the infrastructure to dispense dangerous chemical abortion drugs online. If the abortionist has more than one location, they will receive an additional $50,000 for each, plus and additional $5,000 for every 25 abortions performed up to an additional $250,000.

Why is Gov. Hochul funding the private abortion industry like a government agency?

Real Abortion News: Pro-life Strategist Warns All Gains with SCOTUS Win Could be Lost with Mid-terms 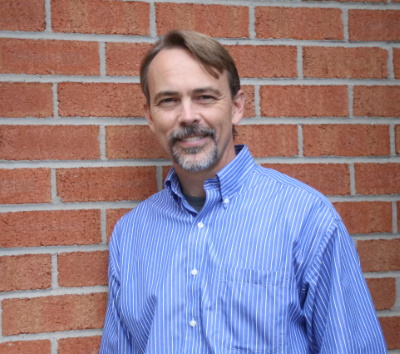 Even after many of these acts of domestic terrorism were captured by security cameras, the FBI has not made a single arrest, making Biden’s Department of Justice appear to be applying a two-tiered system of justice. Full story here.

Tucker Carlson: Biden is Cracking Down on Political Opponents | 9/29/2022

The Absolute Truth: How Abortion Activists are Targeting Pro-Life Centers | 8/23/2022

Daystar: President & CEO of CompassCare Pregancy Services shares his heart for women and life inside the womb, and how we can all be a part of helping save babies from abortion. | 7/27/2022

Washington Watch: Jim Harden Shares How His Ministry Is Recovering After Being Firebombed by Abortion Supporters | 6/22/2022

Glenn Beck: Why this attack PROVES the left’s losing the abortion debate | 6/13/2022

The Absolute Truth: Pregnancy Resource Centers Attacked Across the Country | 6/13/2022