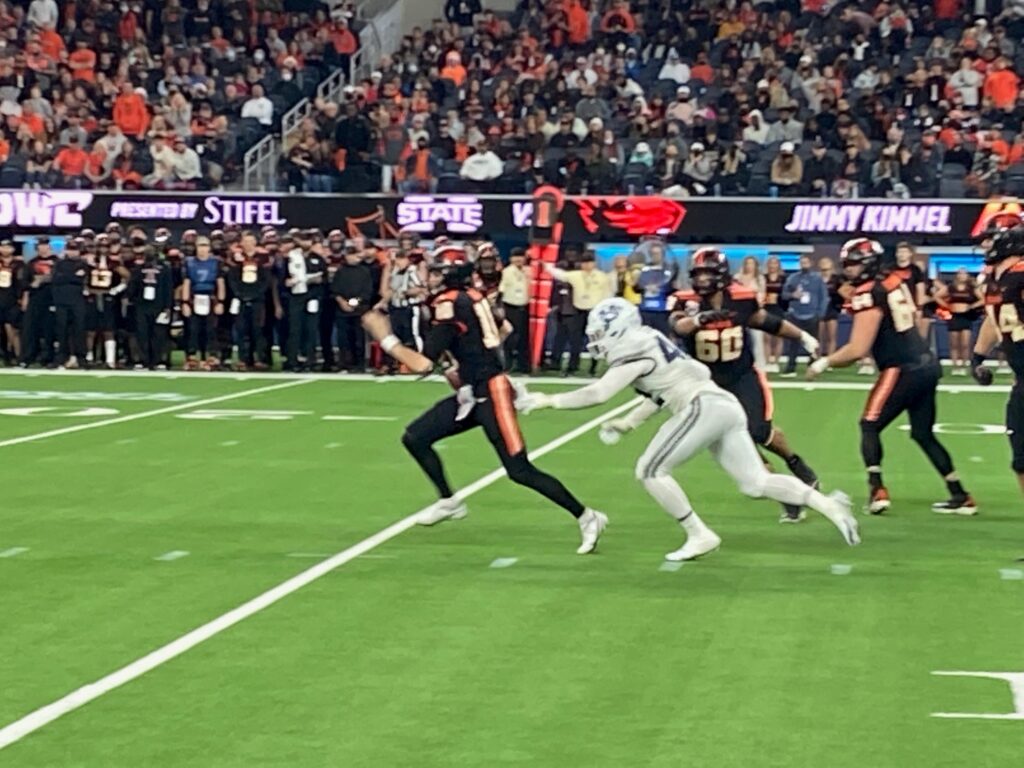 Playing in their first bowl game since the 2013 season, Oregon State started the game with a three- play 71 yard scoring drive on their first possession to take a 7-0 lead. At the end of the first quarter Utah State quarterback Logan Bonner, who threw 36 touchdown passes during the season, injured a knee and did not return to the game. Sophomore quarterback Cooper Legas stepped in having never thrown a pass in his college career. On his first play from scrimmage, Legas connected with wide receiver Deven Thompkins on a 62 yard scoring pass to tie the game at 7-7 . Later in the second quarter, the Beavers Everett Hayes made a 37 yard field goal before Aggies running back Calvin Tyler Jr. scored on a 15 yard touchdown run giving Utah State a 14-10 halftime lead. 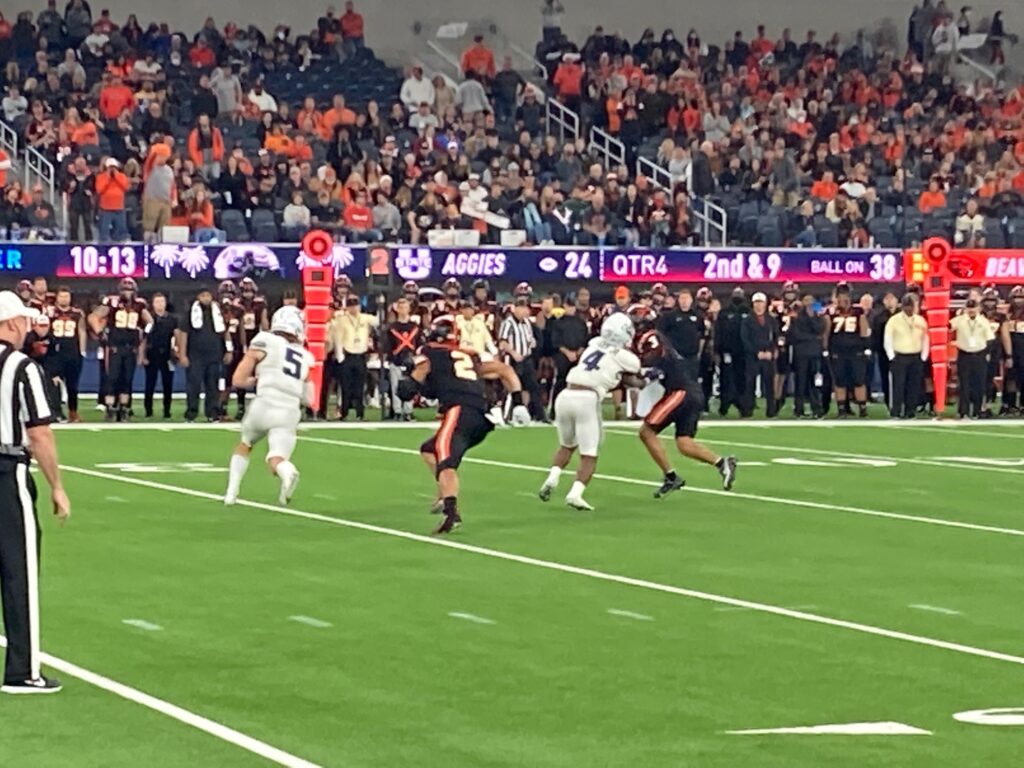 In the third quarter Utah State kicker Conner Coles connected on a 25 yard field goal and wide receiver Brandon Bowling caught a five yard touchdown pass from Legas as the Aggies led 24-10. At the start of the fourth quarter, the Beavers had the ball at the Utah State 11 yard line but had to settle for a 34 yard field goal. Oregon State applied pressure on Legas throughout the game sacking him 4 times. But the Utah State defense also stepped up meeting the challenge by allowing only two Oregon State field goals after their opening touchdown drive, forcing a fumble and intercepting a pass.

Thompkins, a senior, set the Utah State school record with 1,704 receiving yards this season including six receptions for 115 yards and a touchdown in the LA Bowl. Thompkins also set a new Utah State school record with 102 receptions this season and was named offensive player of the game. Tyler finished with 120 yards rushing on 26 carries and one touchdown.

Playing in their ninth bowl game in the last 11 years, the Aggies improved from 1-5 last season winning 8 of their last 9 games this year. Utah State finished the season with a 11-3 record while Oregon State ended the year at 7-6.