The National team had the ball for only 2:04 and ran a merely four plays in the first quarter gaining a measly 17 yards. Trailing by 14 points in the middle of the third quarter, the National team scored twice on a two-yard touchdown run by Illinois quarterback Brandon Peters and on a 47-yard touchdown pass from Kelley to Arkansas tight end Blake Kern, to tie the game at 17-17. 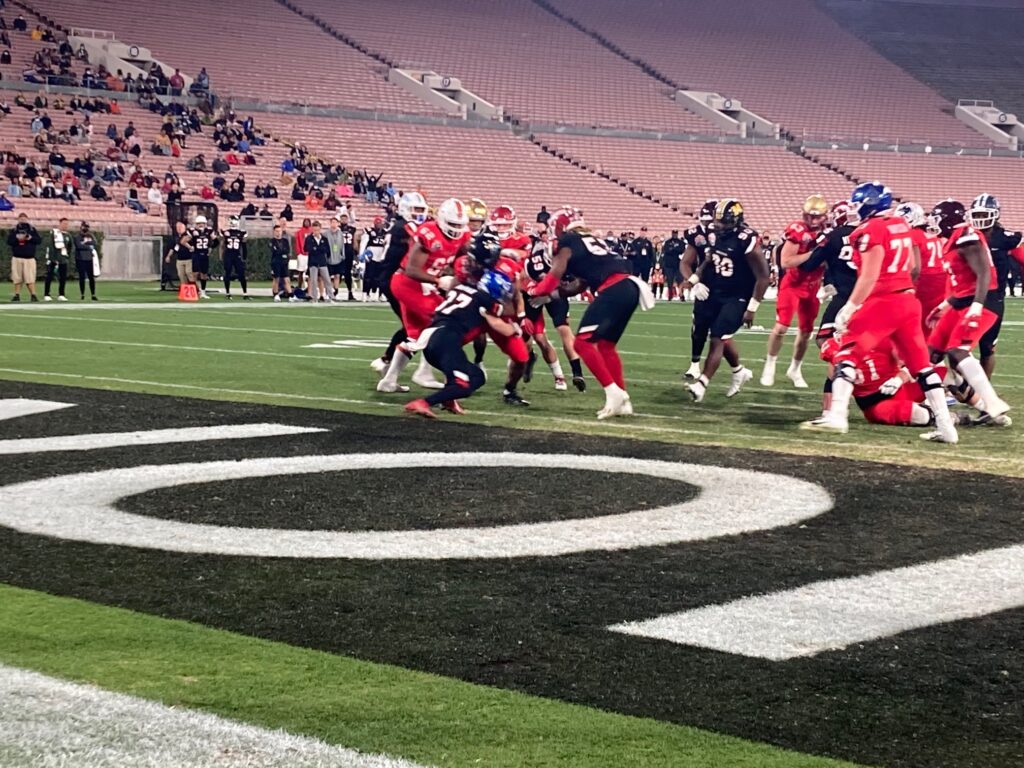 The American team took the lead with 8:15 remaining in the fourth quarter when USC running back Vavae Malepeai scored on an 18-yard touchdown run making it 24-17. On their next possession, the National team drove 75 yards on seven plays as Costal Carolina running back Shermari Jones scored on a five-yard touchdown run with 3:47 remaining in the game. National went for a two-point conversion as Kelley connected with Indiana tight end Payton Hendershot to take a 25-24 lead. The American team drove down the field on the game’s final possession and Illinois place kicker James Mccourt attempted a 47-yard field goal on the game’s final play. The kick sailed wide left with no time remaining giving the National team a 25-24 comeback win before a national television audience on NFL Network. 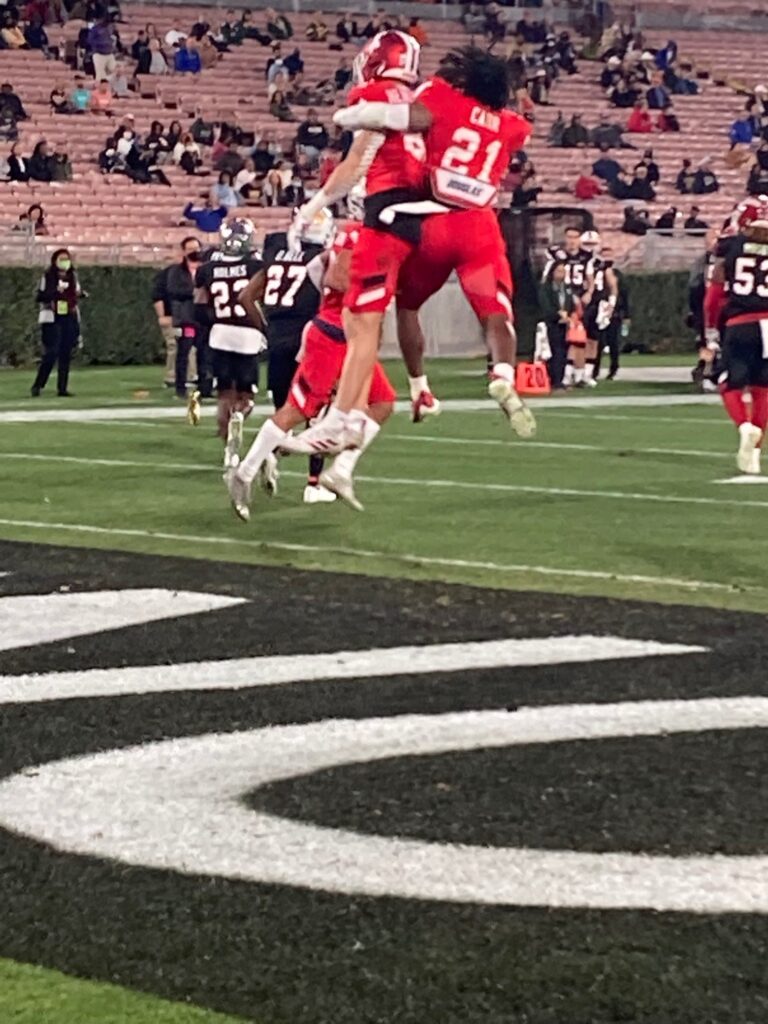 Over 100 draft eligible NFL prospects made up the two teams rosters. National quarterback Kelley was named the game’s most valuable player. Former Cincinatti Bengals coach Marvin Lewis led the National team to the victory with former Los Angeles Rams coach Jeff Fisher guiding the American team. Due to COVID 19 restrictions, no tickets were made available to the general public. The National team has now won all 10 NFLPA Collegiate Bowl games.