A charity booked a hotel in a Texas town to house migrants with coronavirus and did so without alerting local authorities.

As the Biden administration struggles to deal with the growing numbers of migrants coming into the country, many on the right are finding it difficult to take mask mandates for vaccinated American citizens seriously.

The US Border Patrol released illegal immigrants, some COVID-positive, to Catholic Charities of the Rio Grande Valley. In turn, the organization rented out the entire Texas Inn and Suites in La Joya to house them before they traveled to the federal offices where they would be processed. 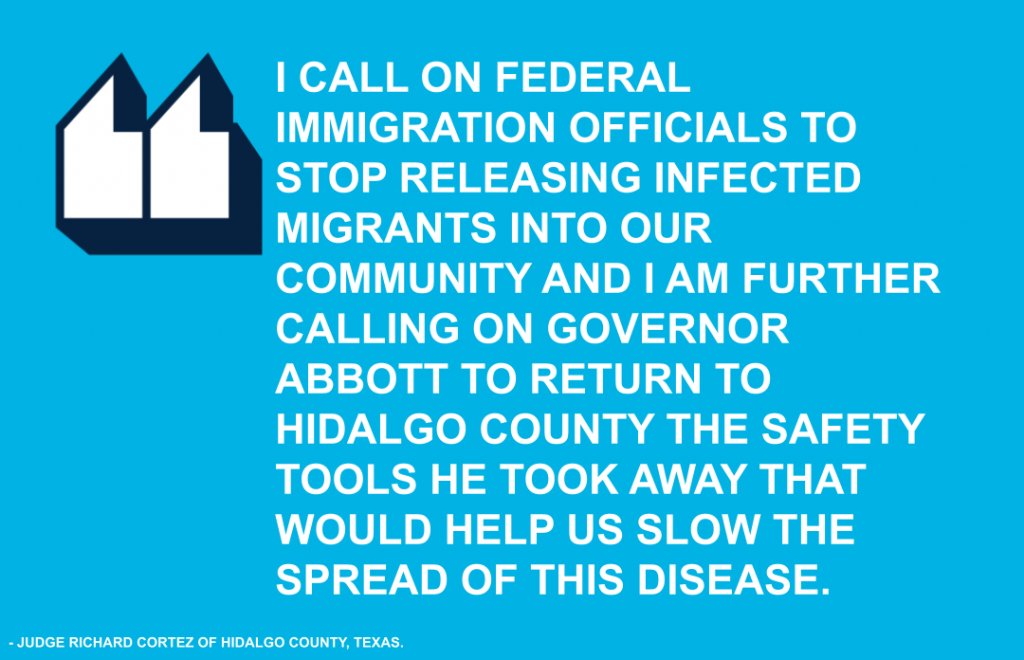 Money quote:  “I call on federal immigration officials to stop releasing infected migrants into our community and I am further calling on Governor Abbott to return to Hidalgo County the safety tools he took away that would help us slow the spread of this disease,” Richard Cortez, Judge of Hidalgo County, said in a statement.

The immigration issue heats up

Axios reported Tuesday that law enforcement has released 50,000 illegal immigrants without court dates — and that only 13% have reported to ICE offices. Conservative pundits and politicians on social media expressed outrage at Democrats who pushed more stringent coronavirus prevention measures while ignoring the immigration crisis: