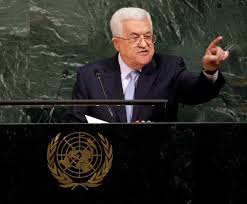 claims against Israel that are not based on history, facts, or truth. As we consider these claims it is important to verify the facts, I believe that this is a reasonable approach to evaluating his position. There are two to three views that I believe we need to look at in this forum. The first is obvious: is there any truth to the claims; second, are the PA or Hamas itself guilty of their claims against Israel, and what pressure is Abbas trying to exert on Israel and the West.

Palestinian Narrative: On May 14, 2016 Mahmoud Abbas addressing the UN (1) “Our narrative says that we were in this land since before Abraham. I am not saying it – the Bible says it. (2) The Bible says, in these words, that the Palestinians existed before 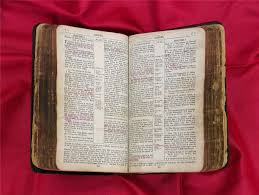 Abraham. So why don’t you recognize my right?” (3) “The ancient Canaanite-Palestinian people’s history is 6000 years old and that, (4) this people invented an alphabet.”

Biblical/Archeological Truth: 1. Stating that you have a “narrative” does not make your claim the truth. (2) You Are saying it, but there is no biblical support of your claim that the Palestinians existed before Abraham. Of the 150 times the Canaanites are mentioned in the Bible there is not one reference to Canaanite-Palestinians. (3) You have no artifacts to offer as proof of your claim you have a 6000-year-old culture; there are no historical findings, no hieroglyphs, no coins, no remains of structures, no religious artifacts, no records of being destroyed by the Jews, nothing that points to facts that would support your “narrative.”  (4) The language of the Canaanites may perhaps be best described as an archaic form of Hebrew, standing in much the same relationship to the Hebrew of the Old Testament as does the language of (4a) Chaucer to modern English. The Canaanites may have had an alphabet but certainly not 6000 years ago. The typical cutoff date is approximately 3000 years ago. It only requires a cursory examination of the “narrative” to see the inaccuracy of Abbas’ statements. These statements are part of his “narrative,” sold to the “Palestinians,” who are kept ignorant of their own history. This ongoing falsification of history is an apparent attempt to assign a historic view, that has no basis in reality. To succeed at even one point in this “narrative” would give Abbas more reason to mislead the international community. We need to recognize that Abbas uses his “narrative” to manipulate the Arab-Palestinian community to hate the Israelis.

Palestinian Narrative: Britain must apologize to the Palestinians for the Balfour Declaration.

Historic Truth: 1917 “Palestine” was a reference to the land (geographic area) and not a people group. The war with the Ottoman empire which had occupied Palestine ended when defeated in 1917 by the British. The people living in the land were Arabs, Muslim, Christian, and Jews all considered Palestinian because they lived in the, “Land of Palestine.” There never was an independent Arab or Palestinian state that existed in “Palestine.”  So, Britain does not need to apologize to the “Palestinians.” This is an obvious attempt to establish a new historic “narrative” and establish a political position that would be the first building block to justifying the elimination of the Israeli homeland.

The PA, and Hamas, send their youth into Israel to kill Israelis. Then President Mahmoud Abbas goes before the UN, EU, USA, or any foreign body who will listen to his claims, “Israel was carrying out ‘extrajudicial killings’ of Palestinian attackers.”

Abraham Lincoln once defined a hypocrite as the man who killed his parents, and then pleaded for mercy because he was an orphan.

Contributing to this article:

4a. Geoffrey Chaucer: Known as the Father of English Literature.