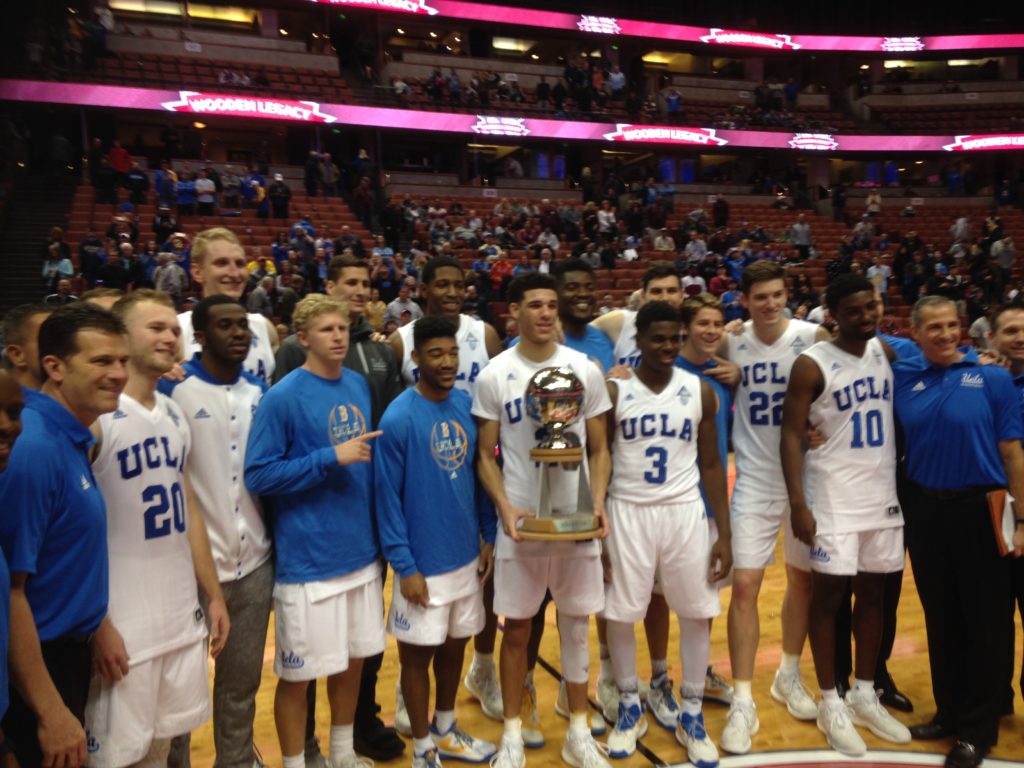 The tournament was established as an annual tribute to legendary UCLA basketball coach John Wooden who passed away in 2010 at the age of 99. Wooden was the Bruins coach for 27 seasons.

Every Wooden Legacy games is broadcast live on ESPN television live, as the annual three day tournaments championship game featured both the Bruins and the Aggies going undefeated with two wins in the tournament.

Texas A&M (6-1) defeated CSUN and Virginia Tech in their second time playing in the Wooden Legacy. UCLA (8-0) defeated DePaul and Nebraska playing their 17th time in the holiday tournament.  The championship game was the fifth meeting between the two universities with UCLA winning all of the previous meetings.

In the tournament’s final game, both teams were evenly matched as the lead changed times five times in the first half with UCLA holding on to a one point lead at halftime. The Bruins jumped out to a 43-34 second half lead however, the Aggies took a 63-62 lead on a Gilder Admon three point shot with 3:20 to play. Bruins guard Bryce Alford, son of UCLA Coach Steve Alford, hit a three-point shot and made two free throws late in the game as the Bruins pulled away to remain unbeaten this season with a 74-67 victory. UCLA freshman guard Lonzo Ball was named the Tournament’s most valuable player.

“Really proud of those guys,” said coach Alford. “Texas A&M is a great team and very well coached. With five minutes left in the game these guys learned just how to go take a win.”